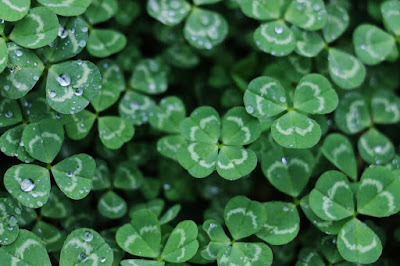 Aim of the study: This study aims to evaluate the interest of using an under-vine cover crop as a sustainable management tool replacing herbicides or tillage to control weeds, evaluating its effects on yield and berry parameters in a semi-arid climate.  Methods and results: The performance of  Trifolium fragiferum  as an under-vine cover crop was evaluated in 2018 and 2019 in a Merlot vineyard in Traibuenas (Navarra, Spain). This trial showed that the soil under the vines was covered by 80 % of the cover crop in August 2018 and 100 % in Aug 2019, with clover ( T. fragiferum ) comprising around 26 % and 70 % of the cover crop surface, respectively. The presence of the cover crop only reduced the number of shoots in the second year, although both years there was an increment in water stress. Neither yield, cluster weight nor berry weight were affected by the presence of the under-vine cover crop. Similarly, no changes in grape composition were observed.  Significance of the
Post a comment
Read more

Effect of grapevine canopy side on sensory attributes of red varieties 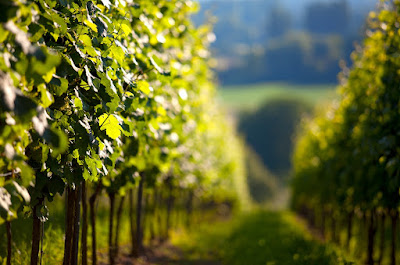 Background and aim:   Grapevine row direction, canopy exposure and grape maturity can define the sensory attributes of wine. From this perspective, canopy exposure that favours colour intensity, astringency, aroma intensity and balanced acidity could result in improved wine quality. The aim of this study was to examine the effect of canopy exposure on selected sensory attributes of Pinotage and Cabernet Sauvignon wines from Paarl, Durbanville and Darling in South Africa. Methods: Pinotage and Cabernet Sauvignon grapes were harvested from both sides of the canopy of vines planted to E-W and N-S directions. Wines were made from the harvested grapes. Grapes and wines underwent physicochemical and sensory analysis.   Results: Durbanville Cabernet Sauvignon from the south side had decreased alcohol content. Total acidity, residual sugar (RS) and pH were not different between sides. Wines from the east side had increased colour, aroma, mouthfeel and overall quality. Paarl Caber
Post a comment
Read more 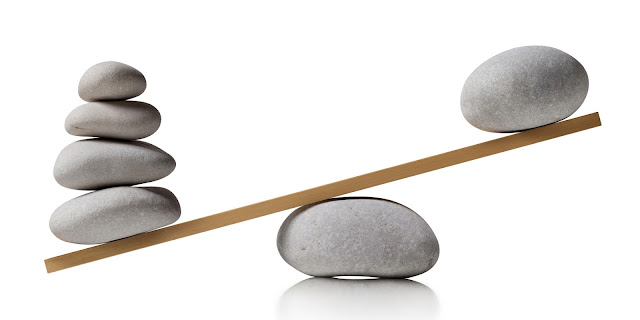 A study conducted in Australia looked at the effects of different percentages of whole bunch fermentation on Pinot noir and Shiraz wine chemistry and sensory. Whole bunch (entirely or partial) fermentation is becoming increasingly popular around the world as winemakers seek to distinguish their wines from the rest of the pack. The study revealed similar, as well as differentiating results for the two cultivars. In general, the results proved positive, depending on the dosage and the style desired, but did also show an increase in methoxypyrazine levels with increased whole bunch percentages. Methoxypyrazines, of which IBMP is the most well-known, is responsible for the capsicum character in wines made from cultivars such as Sauvignon blanc, Cabernet Sauvignon, Merlot and Cabernet franc. Whereas they can be seen as a positive in Sauvignon blanc, if in balance with other wine aroma compounds, they are in general viewed as a negative for red wines. Pinot noir and Shiraz grapes contain
Post a comment
Read more 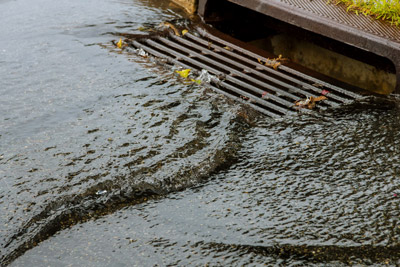 A recent trial conducted in the Barossa valley of Australia revealed that nitrogen and sulphur foliar sprays can have significant effects on Chardonnay and Shiraz aromas, and it is not necessarily all that positive. In the case of Chardonnay, the sprays led to an increase in grapefruit and passionfruit aromas. The former being a positive, but the latter (the result from the higher dosage regimes) is not an aroma necessarily associated with Chardonnay, but rather with Sauvignon blanc. In the case of the Shiraz, higher dosage regimes led to what was described by the panellists as a “drain” character. This was their descriptor for “unpleasant, reductive, sulphide-related notes.” One would question why the attempt was made on Shiraz in the first place? Well, the quest was rather noble in that it has been demonstrated through research in France and South Africa that nitrogen and sulphur foliar sprays increase volatile thiol concentrations in wines. It has also been demonstrated in South
Post a comment
Read more 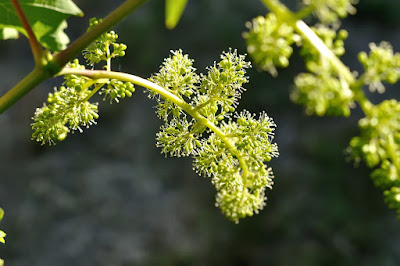 BACKGROUND AND AIM: The effects of fully mechanized pruning systems on physiology, vigour and yield of grapevines  have been studied for more than forty years and are an interesting way to reduce production costs. Organic amending of vineyard soil is a way to increase vine productivity. Thus, this study aimed to understand the effects of the interaction between these two practices, on vine growth and productivity.   METHODS: Two trial fields were implemented on Shiraz vineyards in two different wine regions. Mechanical hedge pruning was compared with hand spur pruning. Four different organic amendments were tested: biochar; municipal solid waste compost; cattle manure; sewage sludge.   RESULTS AND SIGNIFICANCE OF STUDY: Mechanical pruning and organic amendments, by themselves, did not significantly increase yield. However, the interaction between both factors reduced the impact of self-regulation mechanisms (budburst, bud fruitfulness and cluster weight) in mechanical pru
Post a comment
Read more 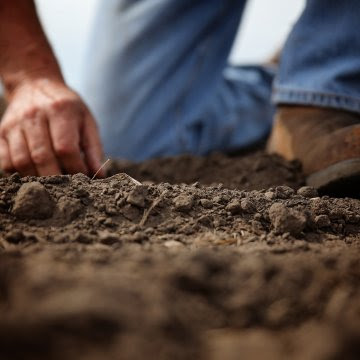 BACKGROUND AND AIM: Soil erosion has been considered a threat for semi-arid lands due to the removal of solid materials by water and wind. Although water erosion is currently considered the most important process of soil degradation, a growing interest has been drawn to the impact of soil tillage. Although numerous studies on tillage erosion have been carried out on arable land using a moldboard plow, a chisel, and a tandem disc for different crops, there are no studies on the effect of shallow tillage on soil redistribution in vineyards. The aim of this work was to evaluate the soil tillage erosion rate in a vineyard using a  13 C natural abundance tracer. METHODS: A strip of soil (C 3 -C soil) was removed, mixed with C 4 -C tracer, and replaced. After the installation of the strip, tillage (upslope in one inter-row and downslope in the other inter-row) was performed with a cultivator. Soil was collected along the slope with an interval of 0.2 m from the C 4 -C strip. Soil org
Post a comment
Read more 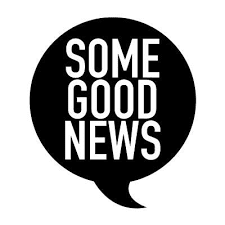 AIM OF THE STUDY:  Today there is an increasing interest toward the reduction of ethanol content in wines. Indeed, the impact of climate change upon the global production of grapes and the current demand of well-structured and high phenolic content wines determine a generalized increase of ethanol concentration of wines . Among the various methodologies proposed for the reduction of alcohol content in wine, the microbiological approach seems quite promising to avoid negative variations to the final wine composition . In this regard,  Saccharomyces cerevisiae , the main yeast species responsible for alcoholic fermentation during winemaking, is not the best yeast species for reducing alcohol levels in wine . On the other hand, non- Saccharomyces  yeast species have shown great potential to produce less ethanol content in wine . Indeed, non- Saccharomyces  yeast can divert carbon away from ethanol production affecting ethanol yield, fermentation efficiency, biomass production and final by
Post a comment
Read more
More posts