Showing posts from July, 2018
Show All

Use of pruning to revive cold injured grapevines 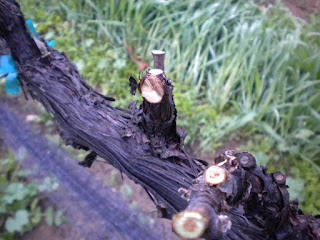 By Lucinda Heyns The purpose of this study was to evaluate the potential of four different cordon renewal strategies to revive a 34-year-old, declining block of Merlot. The vineyard was cordon-trained and spur-pruned but continued exposure to freeze events resulted in gradual vine decline and reduced yields. Project layout Different pruning treatments were applied to a 34-year-old Merlot vineyard over three consecutive seasons: Cordon completely removed about 13 cm below cordon wire Three short canes were left per cordon and trained to the old cordon plus all other buds and spur positions were removed Cordon completely disbudded to encourage renewed spur positions Control: Standard spur pruning Vine recovery was determined by measuring pruning weight, yield components and fruit composition. Results Retaining three canes resulted in higher average yields over a three year period, as well as cumulative yield, compared to the other treatments. Comp
Post a Comment
Read more 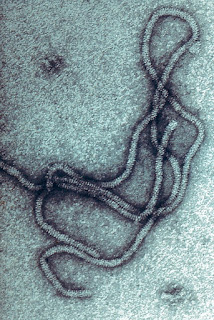 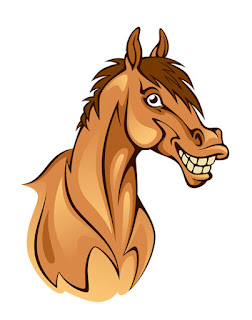 By Karien O'Kennedy The aim of the study was two-fold: to develop a simple, cheap and reliable method to measure 4-EP and 4-EG in red wines and to use this method to compare different fining agents for their efficacy in removing these volatile phenols from red wines. This summary will focus on the removal of the volatile phenols.  Experimental layout A 2012 red wine from the Duoro Valley was used. The wine was fortified with 1500 µ g/l 4-EP and 300 µ g/l 4-EG. Eight fining agents were used at the highest dosage recommended by the manufacturer. They were: Potassium caseinate (60 g/hl) Egg albumin (10 g/hl) Sodium bentonite (120 g/hl) Solid isinglass (4 g/hl) CMC (200 ml/hl) Liquid gelatine (60 ml/hl) Activated carbon (80 g/hl) Chitosan (10 g/hl) Fining agents were added to 200 ml of wine in 250 ml graduated cylinders and sealed for six days. Samples were then centrifuged for 10 minutes before analysis. The newly developed method was used to a
Post a Comment
Read more 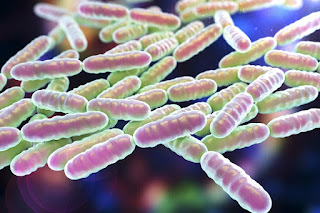 By Karien O'Kennedy The aim of the study was to investigate the interaction between commercial S. cerevisiae starter cultures, non- Saccharomyces yeasts and lactic acid bacteria (LAB). Experimental layout: Five Saccharomyces and 37 non -Saccharomyces yeast strains (seven different species) were evaluated in synthetic grape juice to determine yeast and LAB compatibility. Selected yeast and LAB were also evaluated in small-scale (20 l) Chardonnay, Merlot and Shiraz wine production trials. Standard chemical parameters and volatile compounds were determined and the wines were also subjected to a sensory evaluation.   Main results: Most of the non- Saccharomyces yeasts evaluated were compatible with LAB and did not inhibit LAB growth, but there were exceptions. LAB inhibition was mainly due to competition for nutrients or production of toxic metabolites by the yeast strains. Wines produced with non- Saccharomyces yeasts contained lower alcohol le
Post a Comment
Read more
More posts