Showing posts from November, 2018
Show All

Use of mushroom leachate for vine foliar nutrient application 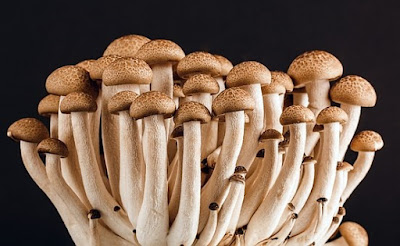 By Lucinda Heyns The aim of this research was to study whether the nitrogen rich waste water from mushroom production can be used as a biostimulant in vineyards and whether it has an effect on grape volatile compounds. Project layout: The study was carried out over two seasons on a Tempranillo vineyard in Spain. The leachate was applied at veraison and one week after veraison as a foliar spray. Two types of leachate was used: Mushroom water (MW) – normal leachate water extract; Treated mushroom water (TMW) – leachate extract with added liquid concentrate containing microorganisms that can fix nitrogen. Basic analysis were done and volatile compounds were measured. Results: Treatments had no effect on pH, total acidity, YAN or potassium levels in the must. In the first season the TMW treatment had no effect on grape volatile compounds while a few volatile compounds were significantly reduced in the MW treatment. In the second season, where YAN level
Post a comment
Read more 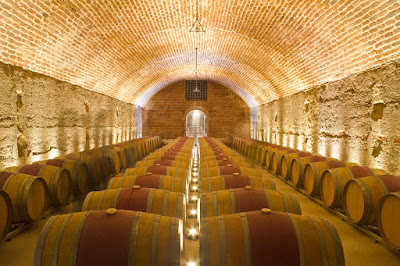 By Karien O'Kennedy The aim of the study was to determine the impact of oak species, barrels toasting level, location of staves in barrels and barrel age on Brettanomyces recovery, before and after the application of steam. Experimental layout: New 16 L barrels from American oak and French oak with light and heavy toasting levels were used. Each barrel had 24 staves with 20 mm thick midpoints.  Four three year old 225 L barrels were obtained from a commercial winery: Two American oak (medium-to-heavy toasting) and two French oak (medium-to-light toasting). The barrels were infected with Brett but received hot and cold water wash and SO 2 gas at the winery before transport to the research facility. Each barrel had approximately 30 staves with 25 mm thick midpoints. The 16 L barrels were inoculated with commercially prepared Cabernet Sauvignon and then each type of barrel and type of toasting was inoculated with two different strains of Brett. Thus eight treatmen
Post a comment
Read more 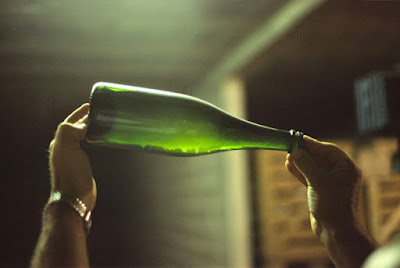 By Karien O'Kennedy This study had two aims: to develop and compare yeast immobilisation processes with two wine-compatible supports (oak chips and cellulose powder) and to compare two yeast strains immobilised with these two processes to free yeasts in bottle fermented sparkling wine production. Experimental layout: IOC18-2007 ( Prise de Mousse ) commercial yeast and Enolab55A (isolated from organic Spanish wine) were immobilised on oak chips and cellulose powder (Agrovin S.A.). Electron microscopy confirmed adherence of both yeast strains to the immobilised supports after lyophilisation. Vinification trials were conducted on a base wine containing 80% Macabao and 20% Chardonnay. The second fermentation was conducted according to the Champenoise method. A total of 135 bottles were fermented.                      No riddling agents (containing bentonite) were added. Bottles were kept at 11 – 13°C for 9 months. Riddling was conducted via an automated gyropall
Post a comment
Read more
More posts